I think that it is but right for me to ask to be excused if I am a bit short on details especially on “getting there”. Having lived in Mpumalanga, not by choice, in the mining towns of Witbank and Middelburg specifically, the not-pretty-side of the province, driving from Johannesburg to the eastern province of the country is a rather ordinary thing to do.

We, in South Africa, like to drive. We drive to Cape Town, Durban and everywhere else. Thus, the short distance to Mpumalanga is a walk in the park. We take the N12, which becomes the N4, pass the toll plaza in Middelburg and it’s only a couple of hours to Nelspruit. I can imagine others not going all the way to Nelspruit though and take instead another route straight to Sabie. If you’re like me and needs a small city to transition from the big city to nature, Nelspruit could be the preferred first base. Then, White River is only about 20 minutes away. From White River, Hazyview and Sabie are about 30 minutes or so away and from either town, Graskop is also about 30 minutes away.

On the Panorama Route in Mpumalanga is the Blyde River Canyon, the third largest canyon in the world. It is the world’s largest green canyon because of its lush subtropical foliage. 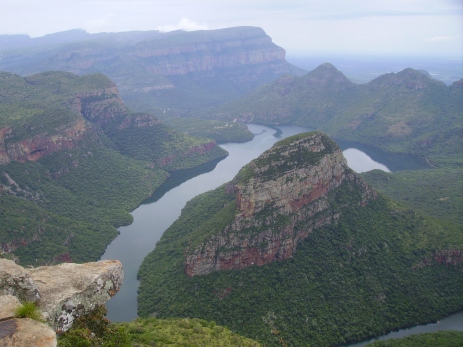 God’s Window, situated on the Drakensberg Escarpment is one of the more popular attractions of Mpumalanga province’s Panorama Route. One understands fully why it is called God’s Window. From here, on some days, it is almost like one could touch the clouds. 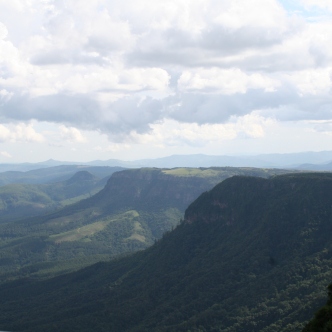 The Pinnacle (Rock) is a single quartzite column, rising from the wooded canyon, about 30m in height. It is quite an interesting sight as it stands solitary in the midst of vast vegetation. 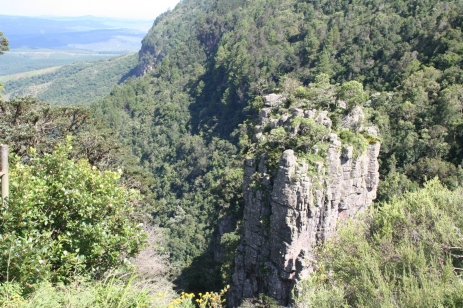 At least 1 day must be dedicated for sightseeing in Graskop. However, because there are a number of falls that are worth visiting and there are also many other activities in the area for one to do, more days may be spent in the Graskop area. 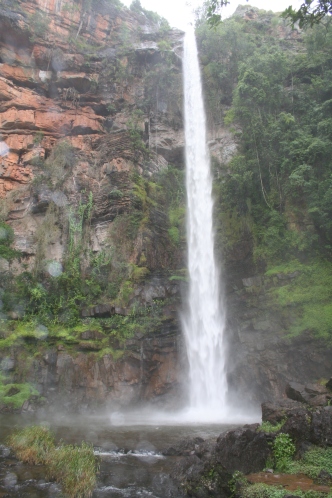 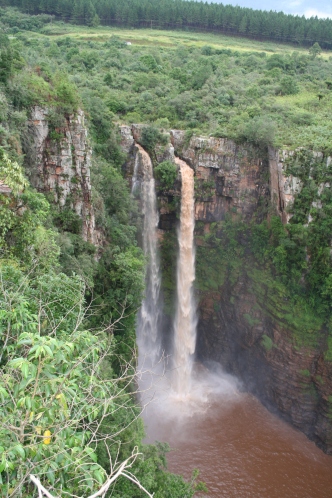 Once done in Graskop, head up north, towards Limpopo. There are various accommodation options in the Blyde River Canyon area. At the end of the canyon are “The Three Rondavels” or “Three Sisters”. These are three massive spirals of dolomite that rise from the far wall of the canyon. They tower 700m above the surrounding countryside. 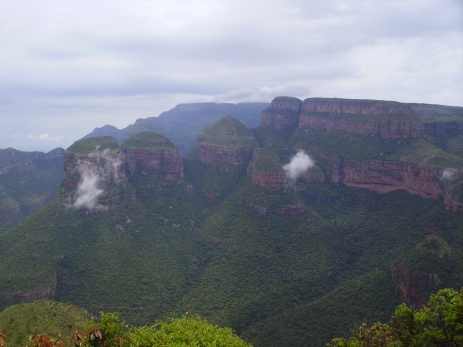 These three geological formations were also once known as ‘The Chief and his Three Wives’. The flat-topped peak was named Mapjaneng (‘the chief’) after a legendary Bapedi chief, Maripi Mashile, who defeated invading Swazis in a great battle near the Canyon. The three peaks are named after his three wives (from left to right) – Magabolie, Mogoladikwe and Maseroto.

One thought on “Mpumalanga: Land of Splendor (Part 2)”