One of the provinces in South Africa is KwaZulu-Natal. I could never remember before how to write the province’s name, often writing Kwa-Zulu Natal. That hyphen was always misplaced. I know better now.

I’m not so crazy about beaches, or water. I grew up on an island so a beach is a norm. Not that I lived on a beautiful beach, but beach there was. Same thing, I’d say. I get cold pretty quickly (although I don’t like the heat and feel hot too quickly, too) so I tend to run away from water, and this is the reason why I can’t really swim. It doesn’t keep me away from beautiful places though so I would go to a beach resort even if I’m wearing jeans.

Back to Natal, or KZN, Zimbali is a jewel. I don’t think it’s like Cape Town’s Camps Bay or Llandudno but it’s the best resort in the Nkandla province and I don’t think it’s only because it’s a fairly new resort and its home to Fairmont’s only hotel in South Africa. It is, unquestionably, a posh resort. It definitely isn’t cheap. So, if you want to impress in KZN, you go to Zimbali.

I must say though that in my heart, it is tied with San Lameer in the South Coast.

I love hotels. While many people close to me would prefer a self-catering house for accommodation, I will happily stay in a hotel. I don’t have to cook for sustenance. I can simply be lazy. 🙂

Fairmont is a beautiful hotel set in a lovely location with magnificent views. 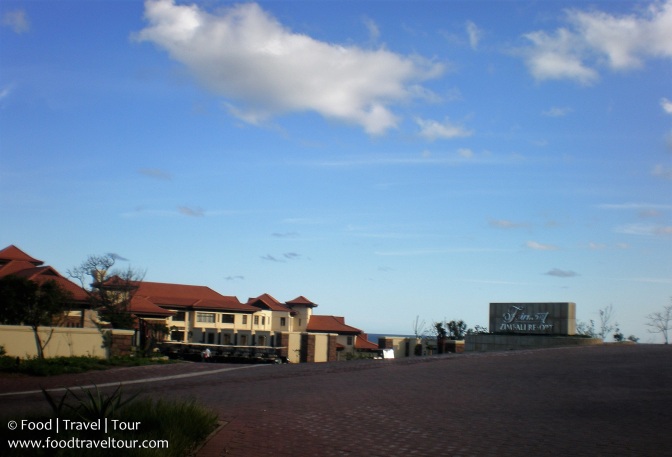 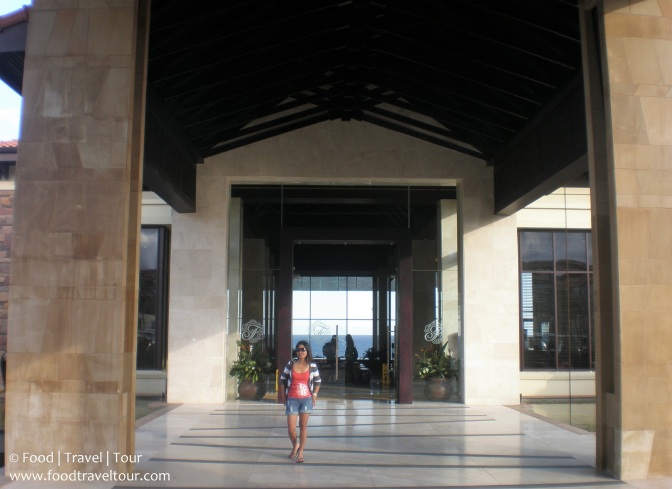 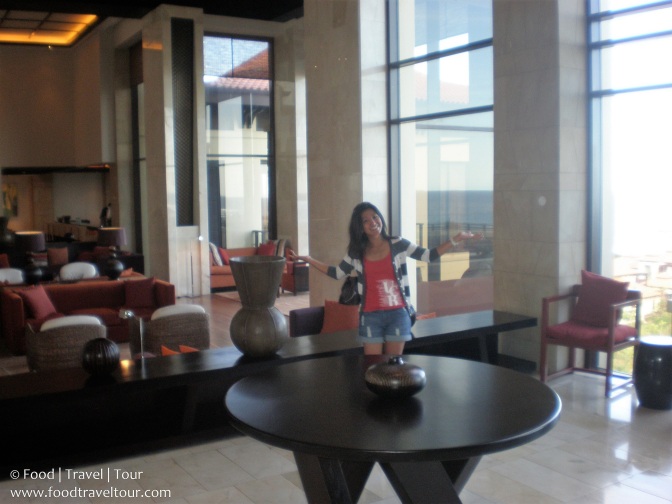 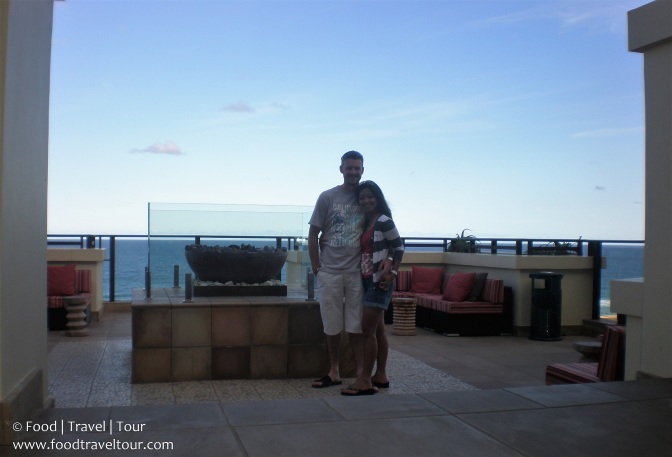 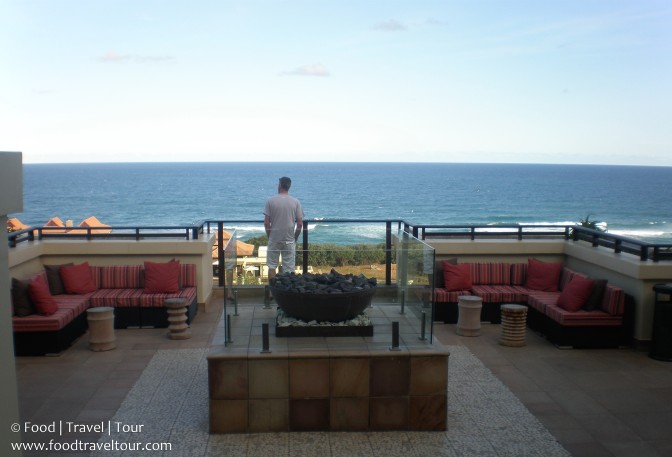 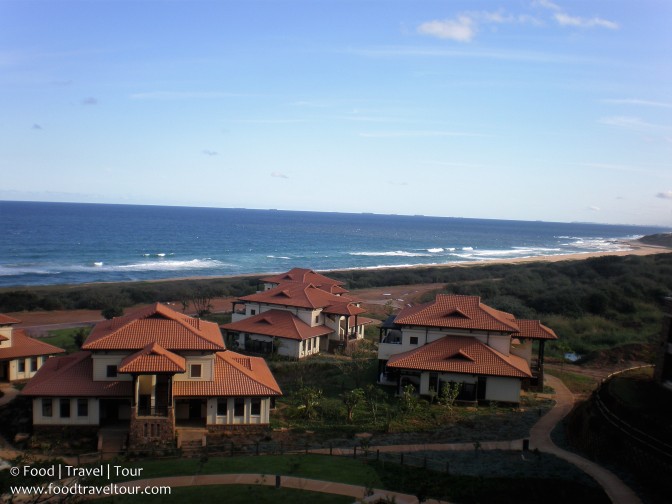 We didn’t stay in the hotel. I just had to go there. Hubby and I (before he was hubby) went with 3 other couples – my friends.  We shared a 4-bedroom unit (house) owned by Golf Resorts Club (GRC). I had purchased my GRC points, for annual use but lifetime membership or ownership, a couple of years prior to this trip.

GRC membership is a great way to stay in good resorts all over the country. GRC units are high end as compared to units you’ll get via Leisure Club or maybe even RCI. Each unit comes with at least one golf cart, obviously because members of GRC are golfers (social golfers and more serious golfers alike) and we will play golf! …even if we only play 9 holes because the previous night saw all consuming substantial amount of alcohol. (Hubby almost always plays all 18 holes, possibly because he grew up playing golf with his cousins’ cousins, Charl and Attie Schwartzel; almost because he can’t play when there’s lightning even if he would like to.)

We played poker, too. We had to do something while drinking. Lol! 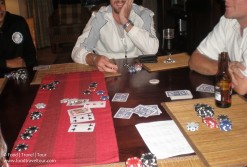 The resort has various types of accommodation. There are mansions (such as below) and there are normal houses, like the one we stayed in. Some houses are near the golf course, others are near the beach and then there are those in the forest setting. 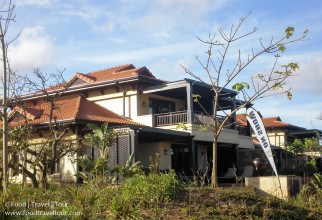 Zimbali is huge and guests will not run out of things to do within the resort itself. This is true even for non-golfers. Guests who come to Zimbali to relax can choose to walk around the resort and enjoy nature. There are a couple of pool areas for swimming or simply to chill, cocktails in hand. 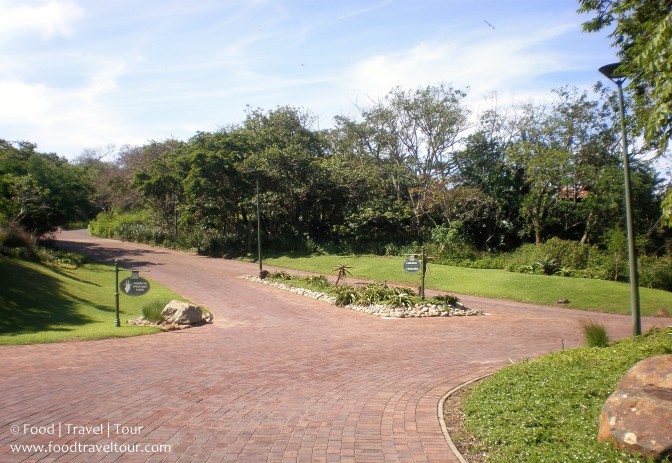 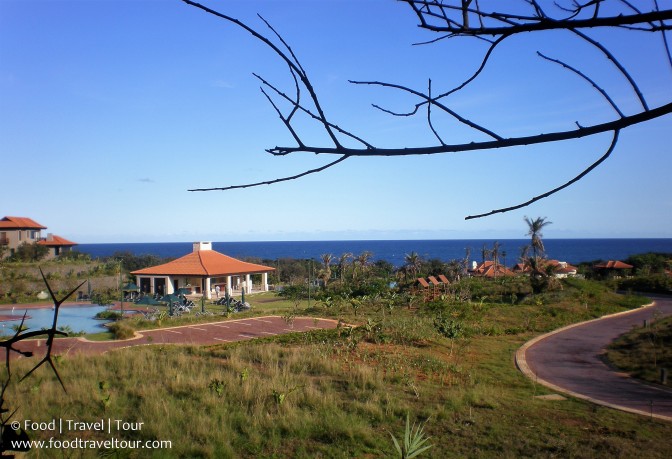 Here we are loving the lazy day. 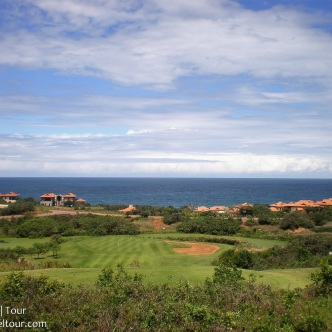 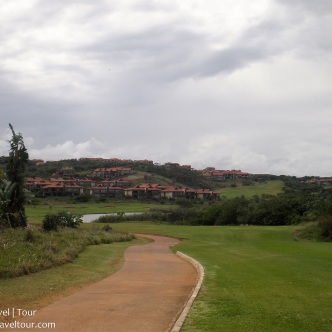 As per my usual, I didn’t play well but had fun playing. When I started playing, with friends who don’t play anymore, we always said that if we couldn’t play well, we would just do our utmost to look good as though we were professionals. Towards the end of the round, only 2 balls could be seen on the green as it started drizzling and I wasn’t sure I wanted my hair to frizz. So, since I didn’t finish my round, I will have to go back one day and re-do the whole 18. 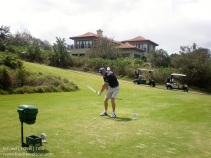 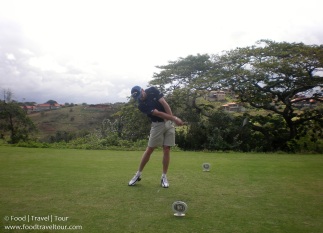 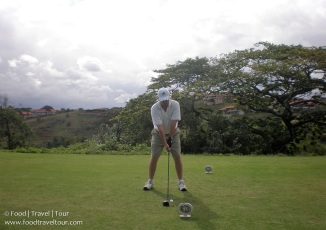 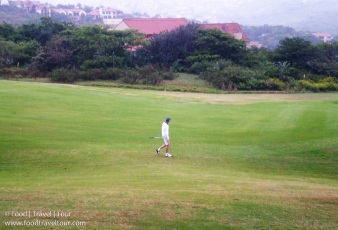 A weekend isn’t enough so I’d suggest a week. If all you have is a weekend, stay the whole weekend according to the GRC/timeshare weekend, i.e. Friday check-in and Monday check-out. No one says you can’t come early, even before the standard 14H00 check-in time, and even after checking out, there could still be a bit more of relaxation to be had.

Don’t forget to greet the wildlife in the estate/resort. 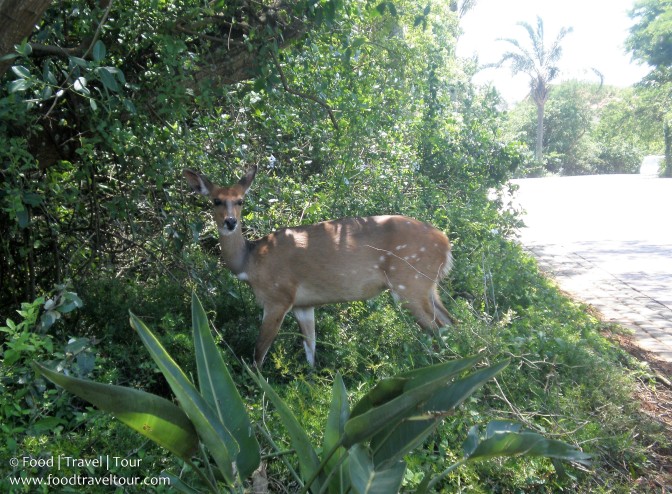 Goodbye for now! Until next time. 🙂 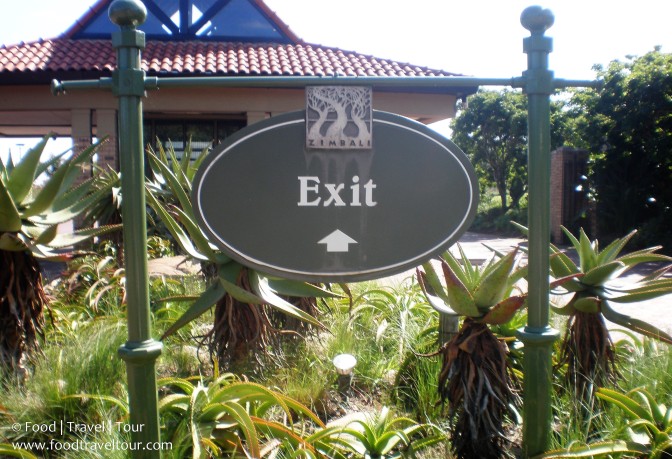 Behind the Exit sign is one of those ‘normal’ houses/units.

14 thoughts on “Zimbali in the North”