This is my entry for “B” for the A to Z Challenge. 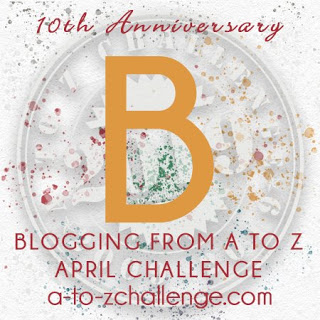 If you’re going to New York, where would you stay? Would Manhattan be the first to come to mind? It was the case for me. We were scheduled to be in New York in December and as early as May, I had booked at the Hotel Riu Plaza in New York Times Square via booking.com. Most of us would like to be close to the places we know we would be visiting. So, Brooklyn was not considered at all.

Brooklyn to me was where Miranda moved to as she embarked on a new life with a husband and a baby. I am talking about Sex and the City. Brooklyn, according to Charlotte, as she had read or heard, was the new Manhattan, or something like that. I don’t think Brooklyn can be Manhattan, but one can stay in Brooklyn even if the daily destination while on vacation is Manhattan. Well, at least the nice part of Brooklyn.

Hubby said that Hotel Riu Plaza wasn’t a good idea as it was expensive. He was convinced we would find more reasonable accommodation options. We had time. We could even look at AirBnB. We didn’t have to stay in Times Square. I cancelled our booking. By late November, we had no place to stay in New York. We were arriving on December 11. My friend, who lives in Manhattan, said to me that Brooklyn was the good alternative. Another college friend of ours, my close friend, stays in Brooklyn, in New York Marriot at the Brooklyn Bridge, when she flies to New York. I checked booking.com and my budget wasn’t enough. She said the hotel is near the Brooklyn Bridge. That was when I found Hampton Inn Brooklyn, on Flatbush Avenue. In 2015, we stayed at Hampton Inn in San Francisco and I had liked it so I booked Brooklyn. 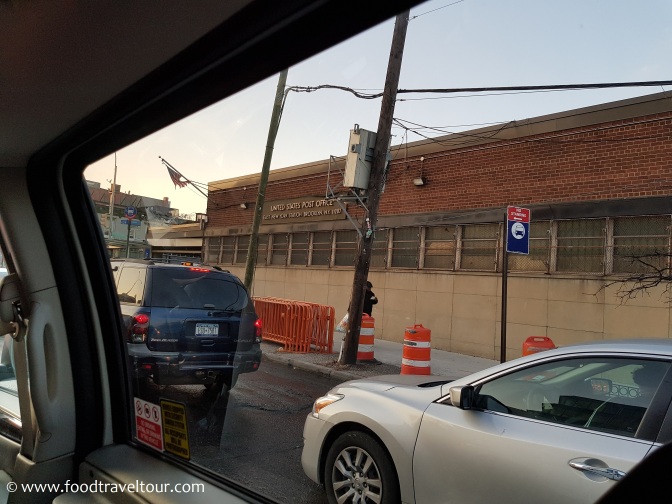 I thought it wasn’t so different from Metro Manila except for the beautiful old buildings. 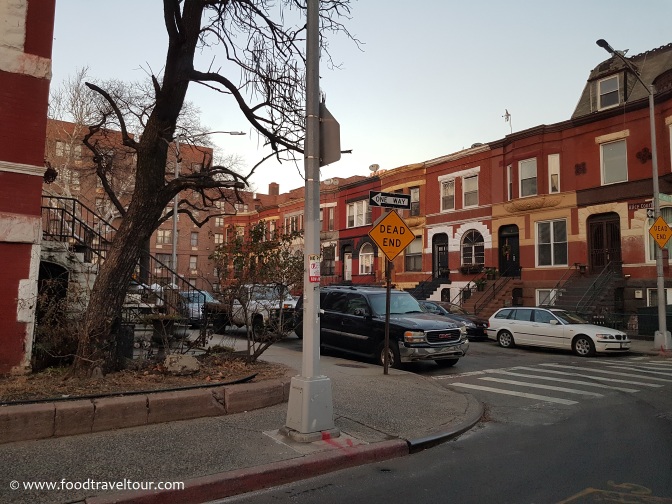 Hampton Inn Brooklyn is closer to Manhattan Bridge than to the Brooklyn Bridge. It occupies one of the corners of a busy intersection. We get to watch the traffic while having breakfast.

This part of Brooklyn looks pretty new, or modern. The buildings are tall and shiny. It is not Manhattan, but it is New York. 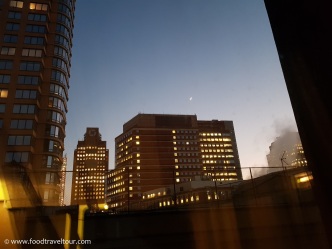 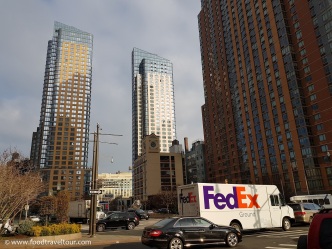 Our hotel room is big enough. The bathroom is extraordinarily huge. It is clean and it has all the necessities and extras I like to have. 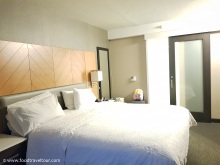 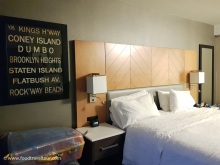 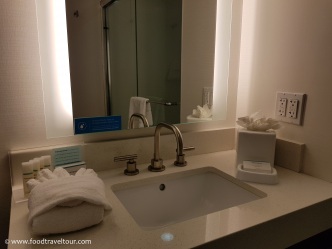 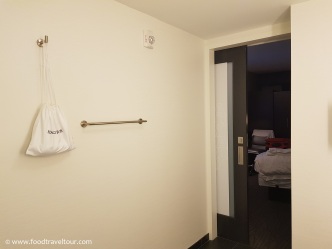 The staff are friendly. The reception area is warm and welcoming enough. Just like in San Francisco in 2015, in the afternoons, guests get to enjoy the yummiest cookies in the breakfast area by the reception. There is also complimentary coffee, which is available 24/7. It is a pretty good coffee, too. I love the flavored coffee creamer. My little one also loves the cookies. She even got a special little stuffed toy for the holidays.

The complimentary breakfast is simple but sufficient and we enjoy chilling in the breakfast area for a bit before heading out.

The nearest subway station is a short distance away. Even in the cold, the walk isn’t a challenge. Being able to walk is on the street is such a blessing, which is something we don’t get to do in South Africa, so we liked the walks we had to take.

A few blocks away, past the subway station, is a small shopping center. We checked in out on our first morning in Brooklyn. We saw that there is still a lot of new development in the area. That is always a good sign. And, I have to say that a Target right there was a plus for me. 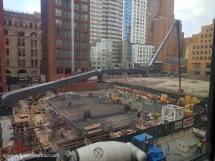 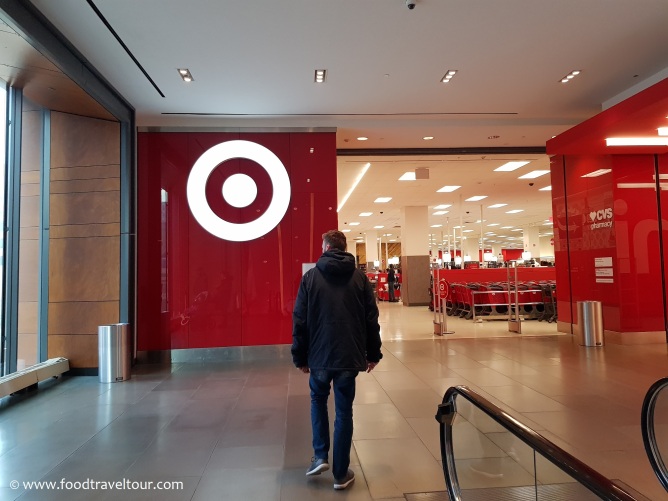 We won’t mind staying in Brooklyn again. We will also surely stay at a Hampton Inn again. Although I paid the same as what I would have paid at the Hotel Riu Plaza, because I booked late and that price for the Hotel Riu Plaza was for advance booking, it was still reasonable enough.

If you find yourself on the way to New York and you can’t get accommodation in Manhattan, go to Brooklyn!

Much love and hugs,