You’re not getting Billy Joel, I’m sorry. I didn’t want to overdo the whole New York State of Mind. I should have actually started my Empire State Building post with Alicia Keys’ song.

New York is not for everyone. It is too crowded. Everybody is busy. There are only buildings. “What’s to like in New York?” an acquaintance asked. In fact, it’s possible it wasn’t a question, from his point of view. I was surprised. 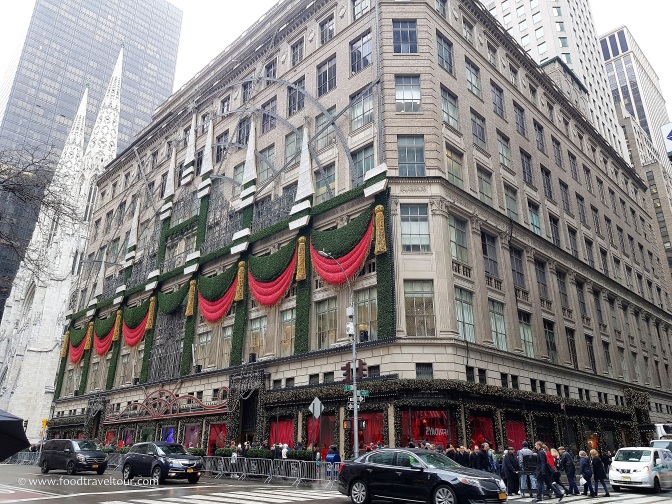 New York surprised me. I was convinced that in the USA, Los Angeles, and LA alone, has my heart. I fell in love with Pasadena and Glendale in 2015. I didn’t expect New York City to steal a piece of my heart. I love LA and NYC equally. Hubby’s heart belongs to NYC. My 6-year-old-then daughter was at home in New York but she seems to like California more than New York, most probably because her cousins live in SoCal. 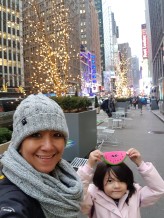 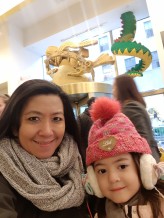 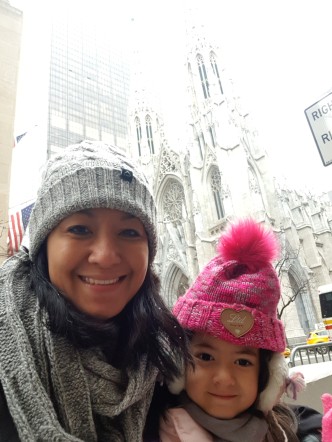 We are supposed to be in New York right now. We had our flights booked. Then, the coronavirus pandemic happened. I am sad that we are in lockdown in Johannesburg instead of breathing in the New York air. More importantly, my heart aches for what the city, the state, is currently experiencing.

New York, we love you, and we have you on our mind.

The huge Christmas tree was a recommendation. We had to go see it. One never knows where they will be spending future Christmases so the Rockefeller Center was a must-go-to for us. After all, we wanted to go to the American Girl store. It’s beautiful! 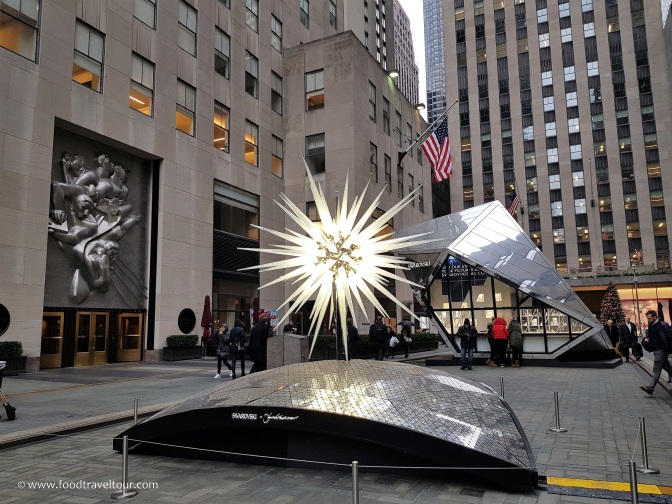 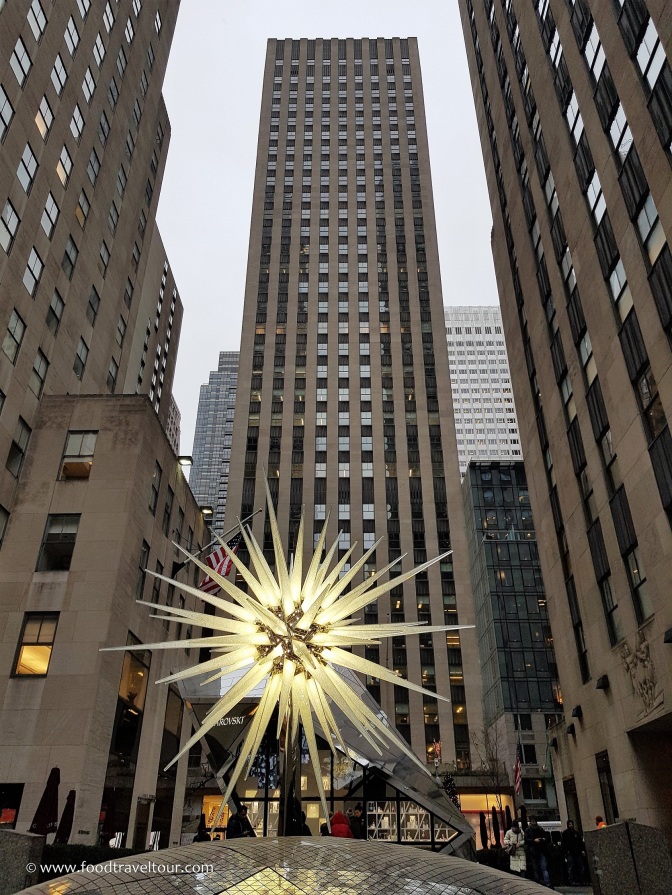 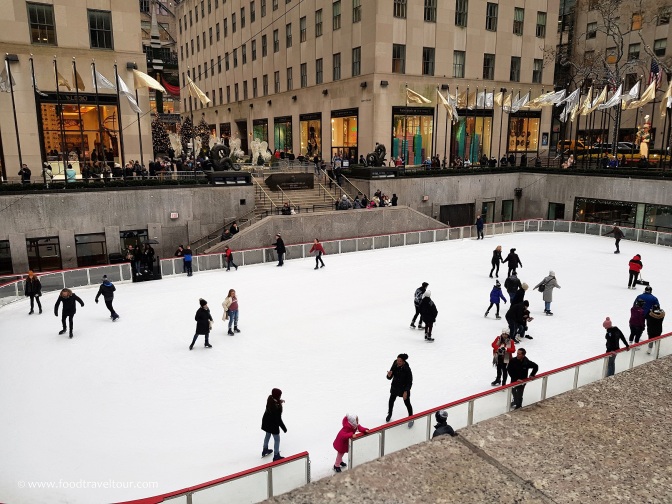 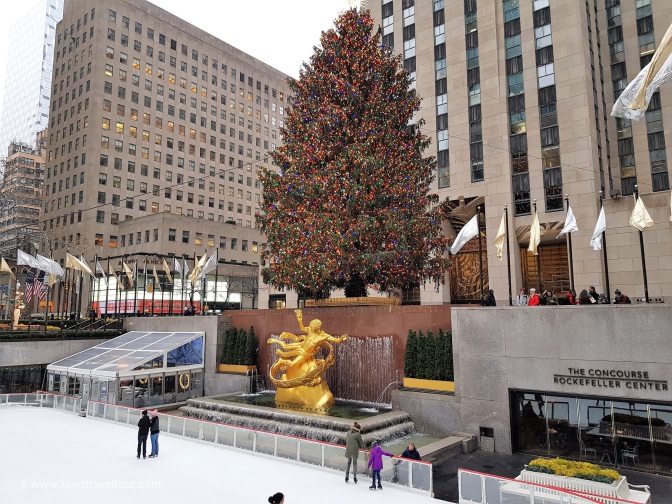 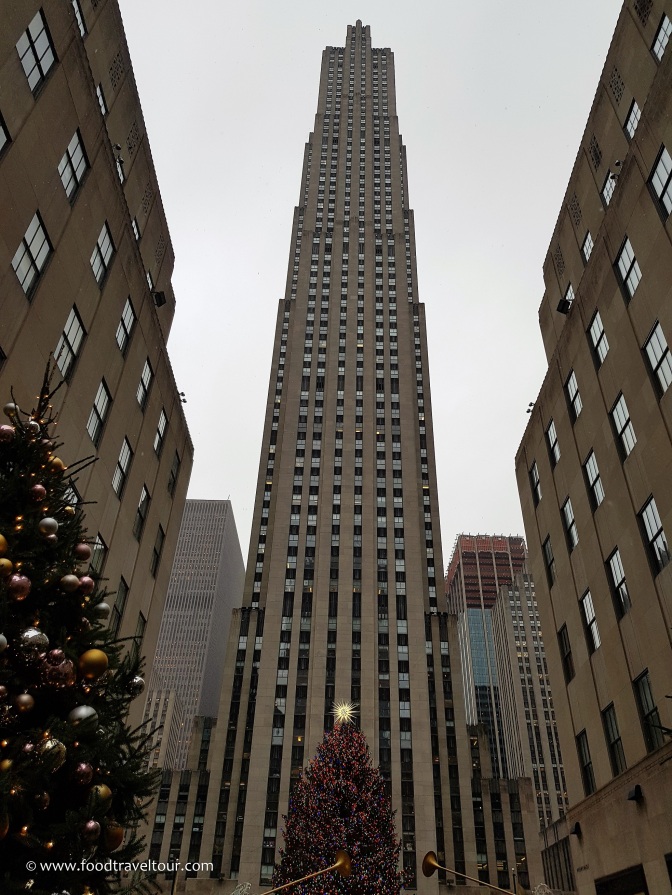 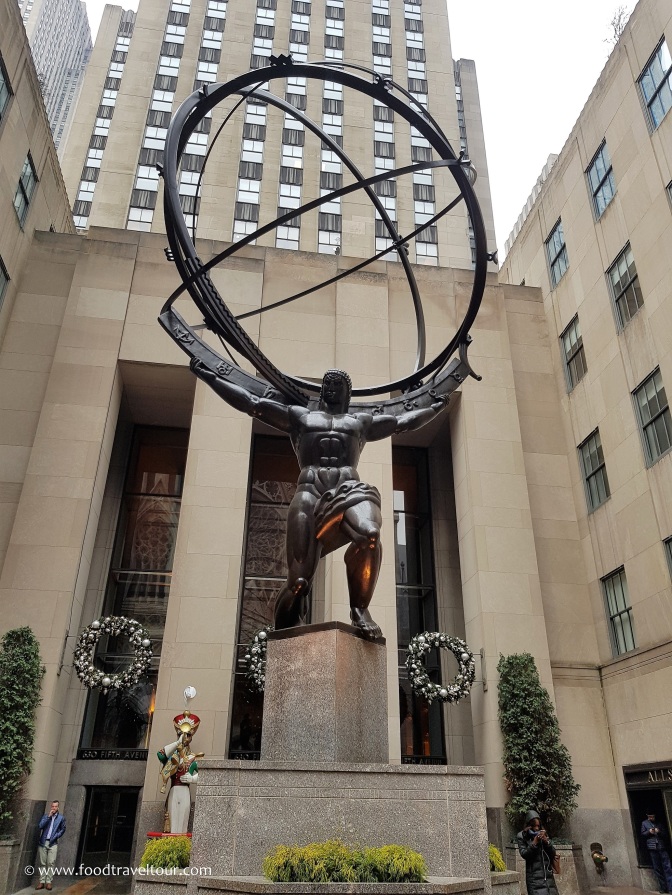 It was freezing on this day but I was prepared, unlike the day before when we went to the Botanical Gardens, so I was dressed appropriately. It was still darned cold but mostly on my hands. The gloves helped but I couldn’t work my phone with gloves on. I had lost on my second day in the US my gloves that allowed me to still work the touchscreen of my phone. I would lose half of my second pair the next day at the Empire State Building.

Jeslyn wanted to go ice-skating but she has never skated before so she probably needs to try back home first. Another time… 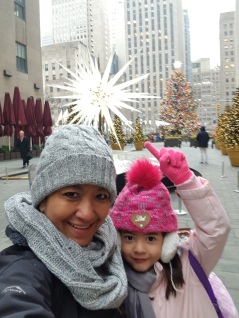 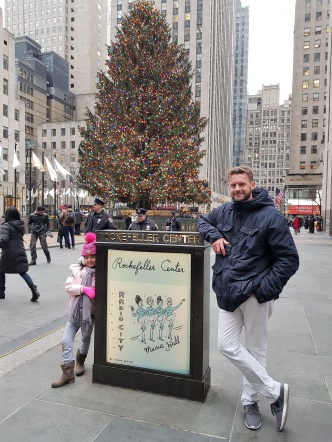 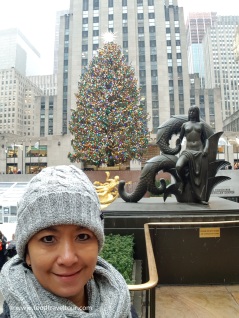 We were hoping for snow but it left as it started.

Next time we are in the city, we shouldn’t only walk past and take pictures outside the Radio City.

I find it quite awesome that there is a cathedral in between all the city buildings. It is a magnificent church. Perhaps we can attend mass when we are in New York again. 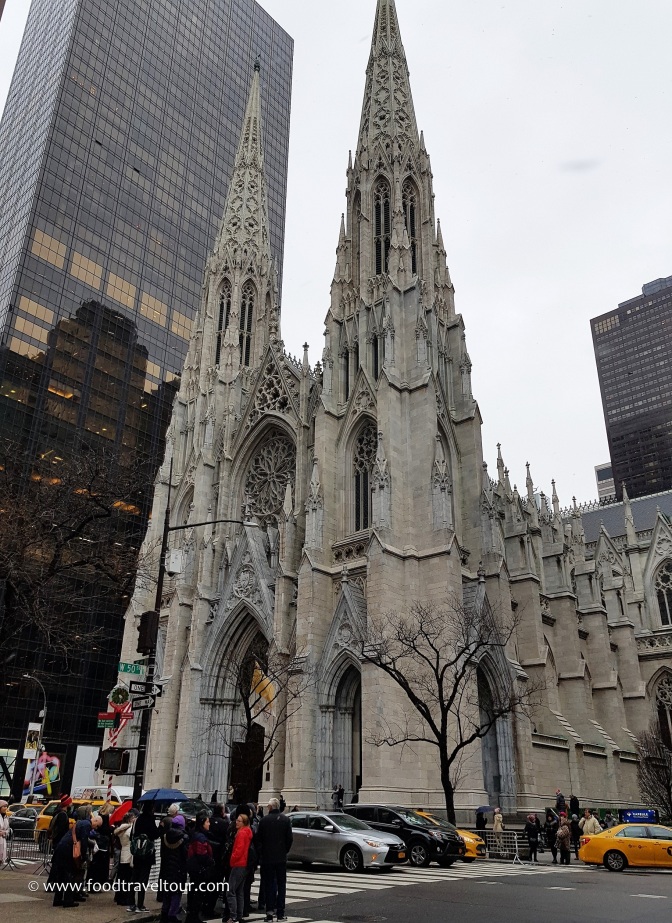 It is truly amazing how alive the city is even at night. There is so much life. Coming from Johannesburg, South Africa, we very much appreciate that we can walk on the streets in New York, even at night. We don’t walk at all in Johannesburg. 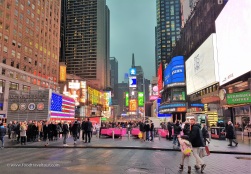 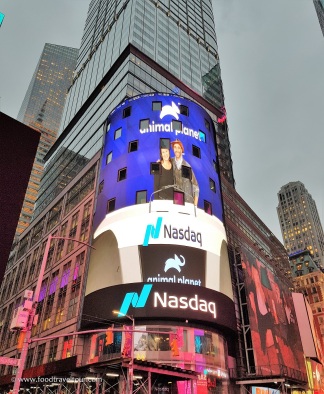 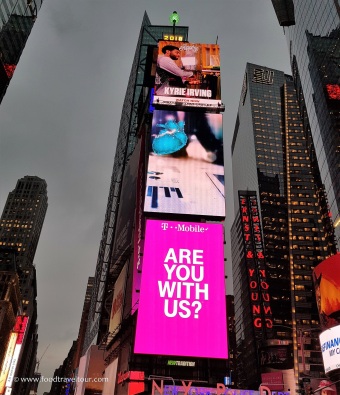 There are some places I will avoid. On our second day in the city, we got off the train too early. I was not comfortable where we were. I will ask hubby if he remembers the subway station and the roads. Walking on those streets did not give me the same feeling of safety that I had walking on Fifth Avenue. You can say, I will be happy enough on Fifth Avenue, especially here… 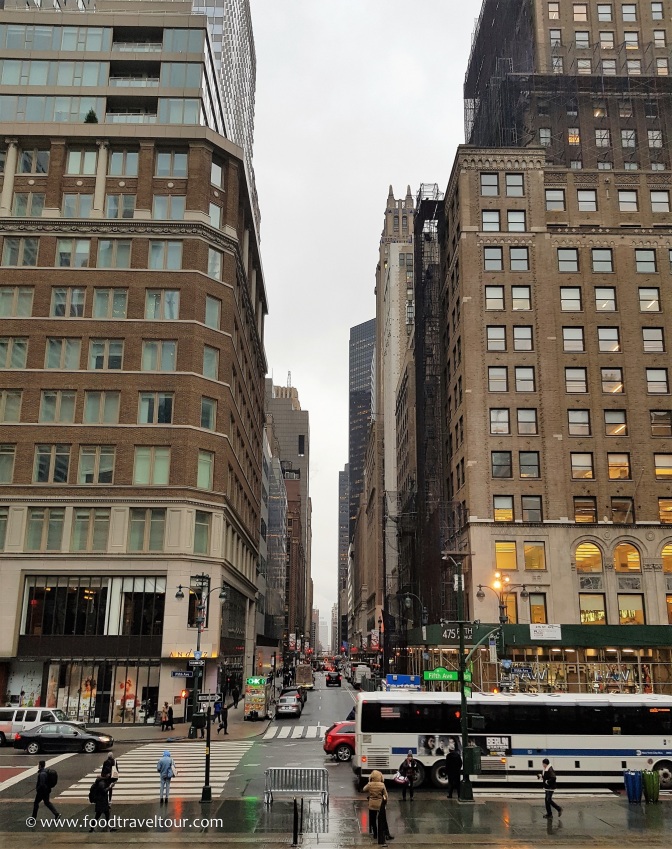 Do you know where I am standing when I took this picture? Stay tuned for my favorite place in Manhattan.

There are still so many things to see and do in and around New York. We were only in the city for a few days and we were staying in Brooklyn so we had the travel time issue.

We were hoping to be in the big apple in spring. We were looking forward to a bit of sightseeing, especially because we didn’t make it to the Statue of Liberty. We didn’t get to the Ground Zero. We didn’t relax at the Central Park. We didn’t check out Grand Central Station. 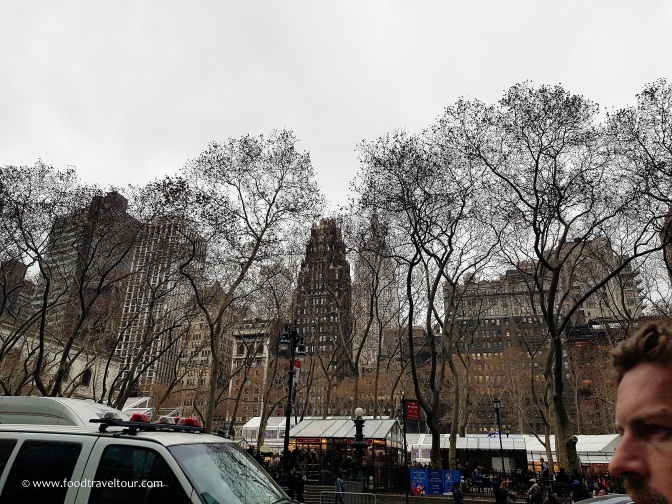 For now, I leave you with my best New York song of all time.